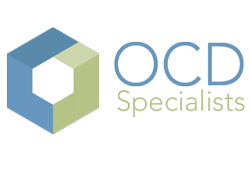 Bizarre Thoughts and Me: Confessions of an OCD Therapist

Home/Compulsions, Harm, Obsessions/Bizarre Thoughts and Me: Confessions of an OCD Therapist

Bizarre Thoughts and Me: Confessions of an OCD Therapist

I am therapist who treats Obsessive-Compulsive Disorder (OCD) and I have bizarre thoughts.  Here is my big revelation.  We all have them.  It’s not just you.  And I do not have OCD.  There is no difference between me and my OCD clients in terms of the weird content that shows up in our heads.  It is just that nobody else pays attention to these thoughts, or cares enough about them to want to talk about it.  People without OCD find these thoughts so unimportant that they may not even take notice.  I notice mine quite a bit because I am in the business of talking about bizarre thoughts.  OCD clients want to discuss and analyze their intrusive thoughts because their brains are sending them messages that these thoughts are important.  The brain of an individual with OCD also produces excessive anxiety, guilt or other uncomfortable emotions that accompany the intrusive, ego-dystonic thoughts.   Anxiety is normally an indicator of danger, an emotion that signals something is wrong and needs attention to avert a problem or catastrophe.  With an anxiety disorder such as OCD the brain is firing off a danger signal that is false, but feels the same as if a true danger were lurking.

I thought I would spend a couple weeks recording my incoming, bizarre thoughts so that I can demonstrate how these thoughts may not be so out of the ordinary after all.  So here goes:

Okay, so there you have it.  I confessed my weird thoughts.  And that is just the tip of the iceberg.  While I might find the incoming thoughts weird or unpleasant for a moment, an individual with OCD will have the experience of the thought getting stuck in his or her head for longer periods of time.  Distress, in one form or another, invariably accompanies many thoughts experienced by the OCD sufferer.  In addition, there is commonly a perception that the thought is meaningful, a hint about the inner core of the thinker, or a bad omen for the future.

You accept weirdness and uncertainty every day…

Even OCD sufferers know what it is like to have a bizarre thought that doesn’t matter to them.  When something isn’t the primary target of your OCD, you are able to feel uncertain about the meaning of the weird thought, but it doesn’t seem to matter.  You decide to avoid spending any mental or physical energy on the thought and your brain allows you to move on.  Some OCD sufferers have noticed this phenomenon with thoughts that used to be bothersome, but are no longer primary OCD targets.  They often say, “I can’t believe this thought used to bother me before.”  Your OCD theme has transferred to a new target.  This is a common occurrence when you begin to respond to your OCD thoughts correctly.  Your OCD needs to find a new area to get you to react.

Your fear is simply your brain’s response to a particular thought, because you have OCD.  The thought is not special and you have absolutely no control over its arrival or departure.  It happens to be a brain glitch because of your genetics, which contributed to your OCD diagnosis.  Using this information, you can react differently and avoid falling for common OCD tricks.  Clients often say in group therapy that they want to switch obsessions with other group members, as if that person is suffering less because of the content of their obsessions.  The content doesn’t matter.  You will be equally tortured by any theme, as long as it’s current, you decide it matters, and you are reactive to it.

Why killing and molestation?  I’d rather get stuck on thoughts that my hands are dirty!

I have a lot of clients who ask why his or her thoughts latch onto a particular theme.  They worry that the theme is somehow meaningful to who they are as a person.  That it may be some message from deep down inside of them, a message they are trying to ignore but should pay attention to.  Some clients can trace their OCD theme back to a historical life event.  The particular event didn’t cause the OCD, however it could contribute to the OCD theme.  OCD is both genetic and learned.  For example, imagine a woman who has been suffering from contamination OCD ever since her mother told her to wash her hands after petting the family dog.  As a reason for the request the mother said, “Dogs have germs.”  It is not the incident that caused the OCD, but it obviously contributed to the theme.  Everyone’s mother gives them a similar warning but not everyone gets stuck on this fear.

Other people have OCD themes based on his or her life stage.  I’ve noticed that a client may have homosexual OCD concerns when he is single, that changes to harm OCD about his wife when he marries, that becomes pedophile OCD after his first child is born.  OCD tends to attack the things in life that you value the most.  You are more likely to respond in a compulsive way if you care about the theme, and your OCD will take full advantage of this fact if you let it.

On a daily basis, we get bizarre data uploaded to our brains from the news, movies, and stories people tell us.  This data gets filed away and rises to the surface next time you encounter something that reminds you of it.  Past OCD thoughts also get filed away, just to resurface when you least suspect it.  There are also OCD themes that occur for absolutely no reason.  Spending too much time analyzing where the thoughts came from, or why you are stuck on a particular theme can become compulsive.  While it may be interesting or feel productive, it is actually not helpful in unraveling the problem.  The more you investigate the origins of thoughts, the more powerful they become.  This is why other forms of talk-therapy can even make OCD symptoms more severe.

So why do OCD thoughts have to be so vicious?

OCD needs to get your attention and convince you to react with compulsions.  Being reactive to the thoughts makes the thoughts seem valid and important.  After the intrusive thoughts become important, more time will be spent trying to figure them out (mental rituals).  There will also be more efforts to reduce them (thought avoidance compulsion).  These compulsions will reinforce the OCD and the thoughts increase in frequency and intensity.  As a result anxiety and / or guilt increase.  This causes you to over-respond behaviorally (compulsions) to control the unwanted feelings.  Here is a diagram that shows the Obsessive-Compulsive Cycle, how OCD is reinforced:

OCD sufferers often attempt to assert control over incoming, unwanted thoughts.  The way in which the OCD sufferer attempts to assert control over his or her thoughts or tries to seek certainty about the content of the thoughts, is the exact reaction that will strengthen the OCD.  Most clients with intrusive thoughts come to me with the goal of trying to stop their thoughts from occurring.  They also think that examining the thoughts will help.  They learn in Cognitive-Behavioral Therapy (CBT) that trying to control or examine OCD thoughts is actually the problem, not the solution.   I’ve noticed that some clients may become willing to accept particular thoughts, but not the ones they deem the most abhorrent.  For example, I’ve heard people say they can perhaps make room for thoughts about killing people, as long they don’t have any molestation thoughts.  They decide that one type of thought they can find a way to accept, as long as it is limited to that theme.  One thing about OCD is that it will always change to the thing that you find most unacceptable at the time.

Imagine you are in an office building and building management arrives and tells you there will be a fire alarm test, and to disregard the alarm.  When the building alarm goes off, it is still very loud and ominous sounding.  Because of the prior information you received, you decide to contextualize the alarm as a test and do nothing.  This is synonymous to the alarm signal that your OCD sends off when having intrusive thoughts.  You can contextualize the received information as an intrusive, OCD thought that doesn’t need a response.  It will still be loud and may be obnoxious for a while, but the fact remains that it is a false alarm.

This is especially true if the incoming thoughts fall under one of your regular OCD themes.  The response should be the same, even if the OCD seems to be introducing a new twist on the topic.  For example, if you have harm OCD you may eventually come to the conclusion that you will probably not kill someone.   Your OCD will be quick to inform you that haven’t considered that you may have already killed someone and forgotten about it.  Or maybe you have repressed such a terrible memory of the murder you committed.  Don’t fall for it.  That is a common OCD trick.  If it is about harming someone in any way, shape or form, take the chance, label it OCD and do not attempt to get to the bottom of it.

My hope is that reading this blog will help you to take your intrusive thoughts less seriously.  OCD thoughts cannot and do not need to go away.  Find a way to accept and make room for them.  Become an expert about the tactics your OCD uses to manipulate you into feeding it.  You can change your relationship with your incoming thoughts and eventually reduce their presence.  Even when your thoughts get stuck or cause anxiety and guilt, do your best to contextualize them as OCD.  Don’t waste your time and attention on them.  They might take away a portion of your enjoyment of the moment, but focus on the part that you still have left.  You may not feel better immediately, but you will avoid taking compulsive actions that reinforce the problem.  In time, you may even be able to start viewing your bizarre thoughts as something creative, interesting, funny or quirky.  You can even write a blog confessing them to the world.

Stacey Kuhl Wochner, LCSW is a psychotherapist in private practice in Los Angeles, CA specializing in the treatment of OCD.  Follow her on Facebook.

About the Author: Stacey Kuhl Wochner